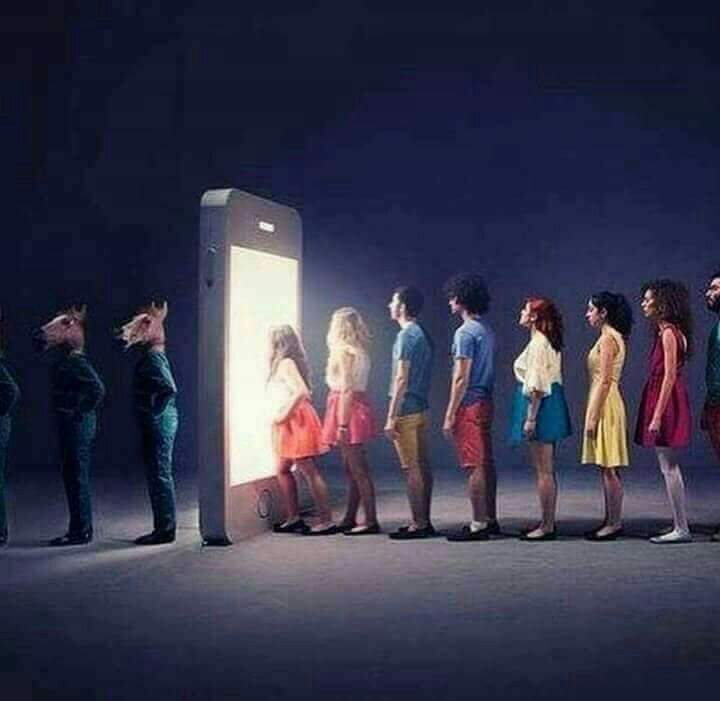 Often, when I take the metro or the bus, I am watching people. 90% of those I see there have their eyes glued to their smartphone – independent from age, style or type. Sometime I position myself so I can see the screen and study what fascinates them so much, what makes them hectically flick their fingers over the the screen. Sometimes it is news, sometimes it is games but most often it is social media. There are the teenagers (whom are naturally drawn to social media), but often I also see “older people” (retirement age…) or bankers doing the same. Exhausted factory (or register in the super market) – workers find solace in gaming and the typical family mother or father manage their “gang” via whatsapp.

The reason why I am starting this post is that I do not like how aforementioned smartphone use is changing societies. I am somewhat “tech-savvy” and am actually a heavy smartphone user. But I come from a time when we considered ourselves lucky to have a fixed line phone and we did not know mobiles yet. When the mobiles started to pop-up, there were the so-called “posers” who would actively use and show off their mobiles in convertibles, street cafes, the metro etc. and it was just hilarious. And then there were those, who were “always on”: always reachable and never off line. At some point people started complaining about who mobiles were changing their lives and draining their energy – sometimes leading to burn-outs. What they seemed to forget was the fact that mobiles had an “Off-Button” and that it is the same principle as with guns (guns do not kill people, people do….).

At some point during that time I realised it for myself and started to turn off the phone, use the “airline mode” or simply do not answer calls – especially when I am in conversation.

Which leads me to today… I know people, who`s whatsapp is constantly humming every few minutes. And during a conversation with you, they will not only glance / check the display to see what important news they might be missing – no, many will actually even respond. And now it gets funny: Those people will get VERY nervous, when you are in conversation with them, your phone starts humming… – and … you would not even look at the phone! … and instead continue the conversation. Some would even pause and question “are you not going to get this?

No, I will not. Because the conversation with you is more important. And the beauty of short messages (wahtsapp, sms, even email etc) is that you can think about your response and reply at your own pace…

I am not really knowing yet where this thought is going, but stay tuned: I will definitely take a look at my own smartphone use… 😉